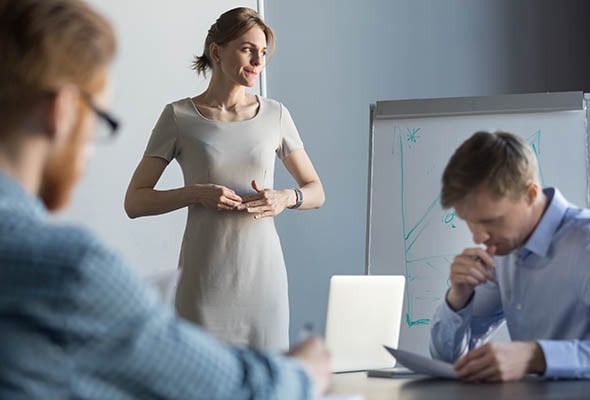 Termination of employment and giving notice - the responsibility of the employer

The strains of the pandemic are forcing many employers to cut back on their operations. The process of giving notice and terminating employment is extensive, with several different elements that the employer is responsible for. In this article, we will go through the important aspects and steps that you need to think about in each phase of the process.

Coronavirus is continuing to affect Swedish companies despite the fact that the spread of the virus in Sweden is starting to head in the right direction. Consumers and companies alike are now running low on savings and the autumn will present even more challenges. During the spring, many companies were able to manage homeworking relatively satisfactorily, in part because there was already an established pipeline of orders and assignments. During the autumn, many companies are seeing this start to wane, with fewer meetings on the horizon and therefore the expectation of fewer assignments or orders.

Many companies have already had to act on this lack of demand during the spring and summer, and many more companies are expected to follow suit. In addition, many organisations are considering how best to move forwards, as many of the government’s support packages launched during the year apply to only part of this year and do not apply beyond the end of the year. Consequently, it’s incredibly important to think about the coming years now so that you have a clear plan in place for staffing, all the more so because, in most cases, staff salaries are the largest item in the balance sheet.

Regardless of whether you’re faced with a dwindling customer base resulting in a lack of work, or redundancies due to a reorganisation of the business, there are some important aspects and steps to consider in each phase of the process.

To start with, you need to produce an objective for how the business should look following any changes. This should have a clear organisational plan that will enable you to review which, if any, redundancies can be avoided, such as by way of redeployment, skills development initiatives, or organic end-of-employment processes. A risk assessment from a work environment point of view also needs to be carried out to demonstrate the consequences of the new organisation and how the changes will affect the remaining employees. Finding solutions now to potential problems that could arise in connection with changes will help the company to prevent them and be better equipped in the event that they still arise.

Preparing for negotiations with trade unions

In order for the negotiations to go as smoothly as possible, it’s important that the trade union is informed as early as possible so that it can familiarise itself with the issues. In negotiations addressing a lack of work, the employer has a special obligation to provide information, and so the employer is responsible for ensuring that this is done. When the trade union is convened for negotiations, it must also be informed in writing of the reasons for the planned redundancies, the individuals affected and the category to which they belong, and when the redundancies are planned to take place.

Where five or more employees are made redundant due to a lack of work, the Swedish Public Employment Service must also be notified. There is a special timetable to adhere to in this regard. The information that must be provided to the Swedish Public Employment Service is similar to that which must be produced prior to negotiations with the trade unions.

When it’s time for the negotiations to start, they begin with the employer describing the current organisation and the company’s proposal for changes. It is important to again make clear why the changes are needed. In this phase, the risk assessment that was prepared in phase 1 will also need to be presented. Based on the redeployment study also carried out in phase 1, you will then need to go through your requirements as an employer and the skills required in the new organisation. The purpose of this is to see whether it is possible to cater for the need for change by way of redeployment. As an employer, you must also be able to state whether there are any vacancies in the company and whether it would be possible to avoid redundancies by offering redeployment to the employees whose roles are disappearing.

During the negotiations, you the employer will need to explain which part(s) of the business or which operations are affected by the cutbacks. You will also need to go through the tenure list produced ahead of the negotiations. During the negotiations there will be the opportunity to agree the application of a so-called agreed priority list during the redundancy process, which differs from the LAS principle of “last in, first out”.

In the final phase of the process, definitive decisions need to be made regarding the new organisation based on the outcomes of the negotiations. If an agreement regarding an agreed priority list is not reached in the negotiations, the “last in, first out” rules of the law apply, which means that those with the longest period of employment are given priority for continued employment. Some employees may be offered redeployment with all that it entails, while others may need to receive a written notice of termination. Those who turn down the offer of redeployment may also ultimately be given notice of termination.

Many employees are affected directly and indirectly by such changes, which is why it’s important to reflect on your communication strategy so that both those made redundant and those who remain have as good an experience of the changes as possible.

If you are subject to a collective agreement as an employer, it is important that you also contact the TRR and the Trygghetsfonden TSL Employment Transition Fund. They can help employees who have been made redundant with assistance, support, and mentoring in finding new work. Since the start of 2020, companies not subject to a collective agreement have had the opportunity to purchase a similar service from Startkraft, which can look after both professionals and salaried employees. In this case, contact Startkraft instead.

The process of giving notice and terminating employment is extensive, with several different elements that the employer is responsible for. Failure to comply with any of these could, in the worst case scenario, result in you being unable to implement what you want to do in accordance with your schedule and having to redo things correctly. This then results in additional costs in the form of possible fines and extended notice periods.

Azets has extensive experience of reorganisation, redundancies, and negotiations for both Swedish and international companies. If you feel you need support with these issues, Azets can help.