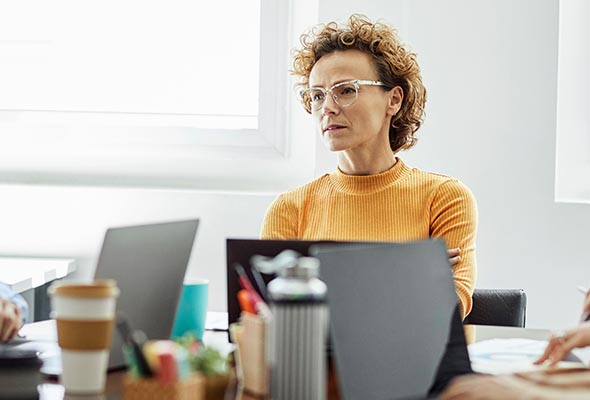 Support for employers for staffing costs during the coronavirus pandemic

Staffing costs are often a company’s largest expense, especially in the case of service companies. However, as the pandemic takes hold, there are a number of support schemes in place and some new ones to come. As an employer, it can be difficult to keep up with all the new proposals and decisions. Take a look at our summary.

Society continues to be affected by the spread of coronavirus, and many employers are under more strain than ever. And while employers are being pushed to their limits, the government is working to devise schemes to promote the continued survival of all businesses, small and large alike. Several measures have already been made law in an effort to reduce the impact of high staffing costs despite the reduction in demand for goods and services and the increase in sick leave. Several proposals have been put forward, but what actually applies? What support are employers entitled to in order to reduce their staffing costs while minimising the impact on employees?

The current scheme for covering sick pay costs applies throughout April and May. There are now proposals to extend this until July, and in some form until September. Currently, the scheme involves the state covering all sick pay costs by way of a credit to the employer’s tax account. A new model is proposed for August and September, whereby the state will cover only the increase in sick pay costs resulting from covid-19. The exact design of this model has yet to be announced.

The government has already abolished the requirement for a medical certificate during the first 14 days of illness. There is now a proposal to extend this until 30 September in order to reduce the burden on the healthcare sector The Swedish Social Insurance Agency (Försäkringskassan) has increased the 14-day period to the first 21 days of illness, which means that an individual is entitled to sickness benefit without a medical certificate up to the 22nd day of absence. As an employer you may need to pay some sick pay from day 15 to day 90. You will need to set guidelines for what employees must provide by way of a medical certificate from day 15 to day 21 for you to pay sick pay for this period.

Standardised reimbursement of SEK 700 can currently be paid by Försäkringskassan to employees who have had a qualifying period deducted from their salary. This scheme was originally intended to run until 31 May, although there is a proposal to extend this for four months until 30 September. The proposal includes an increase of SEK 104 to the standardised reimbursement from 1 June.

Provided that this proposal is pushed through and comes into force, those who fall ill after 31 May will be reimbursed SEK 804 for the qualifying period deduction.

In addition, there are proposals to extend the financial support for sole traders who fall ill until 30 September, but with no change to the level of standardised reimbursement, which currently stands at SEK 804 per sick day from day 1 to day 14.

The requirement for medical certificates in the case of the illness of a child has also been abolished for day 1 to day 14. However, there are additional measures aimed at parents who have to stay at home and look after their children. Since some schools and preschools may be forced to remain closed as a result of covid-19, the possibility of receiving a temporary parental benefit for looking after a child has been extended to cover children who are not unwell. For obvious reasons, a medical certificate is not required in this case; however, the need to be at home to look after a child must be evidenced in another way.

Many employers have chosen to make use of the support scheme for short-time working. Under the current rules, the state pays a rather large proportion of the costs for the reduction in working hours until 31 December 2020. The purpose of this scheme is to prevent rising unemployment and enable companies to make changes when the situation changes.

However, in some particularly vulnerable sectors, this has not been enough to counter the reduction in demand. For this reason there is a proposal to extend the scheme through May, June, and July. This is expected to be announced in early June. The new proposal means that employers can receive support of up to 80% when furloughing staff. The previously applicable levels for a reduction in working hours of 20%, 40%, and 60% have now been temporarily extended. However, the employer must have the support of a collective agreement and individual agreements to implement the new level, which can then apply from 1 May.

Relief on taxation of benefits

In order to reduce the spread of the virus on public transport due to overcrowding, the government has proposed the temporary abolition of the taxation on parking benefits in connection with the workplace.

The proposal covers the period 1 April to 31 December this year, and will therefore apply retroactively for both employers and employees. The proposal does not include any restrictions on occupational categories or regions and includes those living in metropolitan as well as rural areas regardless of their profession and how they would normally get to work.

Furthermore, a time-limited tax exemption for gifts given to employees by their employer is proposed, provided that the total value does not exceed SEK 1,000 per employee and that the gift is not in the form of money. As an employer, you therefore have the opportunity to show your employees your appreciation during this difficult period in order to motivate them without increasing your employer social security contributions as a result. The purpose of this support from the government is to support companies through the continued consumption of goods and services, with a focus on local businesses.

Several of the proposals presented above are still just proposals. However, they are widely expected to enter into force once they are announced. As an employer, it can be difficult to keep up with everything and know exactly what measures are proposals and what measures are in force. Similarly, there may be support schemes which have not yet entered into force but which will apply retroactively once they do.

It can also be tricky to remember all the requirements for taking advantage of this support. In some cases, there are no requirements at all and the support will be provided automatically, subject to the correct reporting to the authorities. In other cases there may be more stringent requirements, such as documentation that needs to be in place to substantiate strategic efforts, or agreements, or the freezing of planned share dividends.

If you feel unsure and would like guidance in your decisions as an employer, then please don’t hesitate to contact us here at Azets.