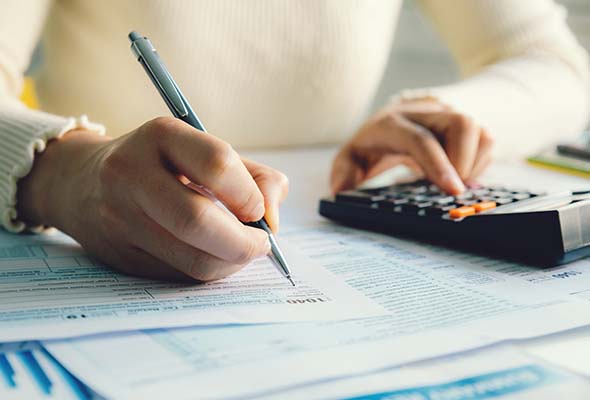 Do you use foreign companies that perform services in Sweden?

Make sure they’re registered for F-tax

If you use a foreign company that performs services in Sweden or that has employees in Sweden, new rules apply from January 2021. If the company is not registered for F-tax in Sweden, the person who uses them must retain 30% in tax when making payment. Find out the rules here.

From 1 January 2021, there are new rules for foreign companies that have employees in Sweden or that are remunerated for work in Sweden. The rules mean that Swedish payers are obliged to withhold tax (30%) for all remuneration for work performed in Sweden if the recipient is not registered for F-tax in Sweden. Consequently, full payment of invoices will not be possible where there is no information about F-tax registration.

In order to avoid misunderstandings and other inconveniences for you and your suppliers, we advise that you encourage all your suppliers to register for F-tax in Sweden if they need to. For information on how to register for F-tax, there is information and a form on the Swedish Tax Agency’s website. The form to be used for Swedish companies is called SKV 4620 and the one for foreign companies is called SKV 4632.

We suggest that you ask suppliers to state the following on their invoices:

What happens if information about F-tax registration is not stated on the invoice?

As stated above, the person who pays the invoice is obliged to withhold 30% of the proportion of the invoice amount that pertains to work performed in Sweden where the supplier is not registered for F-tax in Sweden. It will therefore not be possible to pay the entire invoice amount. To avoid this, the foreign supplier must register for F-tax.

The company that has used the foreign supplier must then report the deducted tax via AGI. This also means that you must be registered as an employer in Sweden

Foreign company that is remunerated for work in Sweden

The following rules apply to foreign companies that are remunerated for work performed in Sweden.

Previously, Swedish companies that remunerate a foreign company for their work have been obliged to deduct tax from this remuneration only if:

From 1 January 2021, Swedish payers must deduct tax regardless of whether the foreign company has a permanent establishment in Sweden. What determines whether tax is to be deducted is where the work has been performed. The Swedish company must deduct tax of 30% from salaries and other remuneration only if the work is performed in Sweden, or abroad but within the framework of operations in Sweden

Foreign employer who has employees working in Sweden

These rules apply to companies that are run from outside Sweden but have employees who work in Sweden.

Previous regulations meant that employees who were hired from a foreign company that did not have a permanent establishment in Sweden were exempt from taxation in Sweden (where the stay in Sweden did not exceed 183 days during a 12-month period).

The new rules from 1 January regarding the economic employer concept mean that foreign workers who work temporarily in Sweden will also be liable for tax in Sweden.

The company that pays the employee’s salary is not necessarily considered to be the employer. What determines whether the employee should be taxed and where is, rather, who they perform the work for.

However, there is an exemption from taxation for those who have worked a maximum of 15 consecutive days and where this work does not exceed a total of 45 days over an entire calendar year. If the limit of 45 days is exceeded, taxation must take place for the days in excess of this.

The foreign company that is the formal employer must register as an employer in Sweden with a provisional tax rate of 30% and possibly pay social security contributions.

Registering with the Swedish Tax Agency

Foreign employers who must make tax deductions must register as employers in Sweden. Register with the Swedish Tax Agency using form SKV 4632.

If your company is affected by the new rules, Azets can offer advice and help with registering with the Swedish Tax Agency.