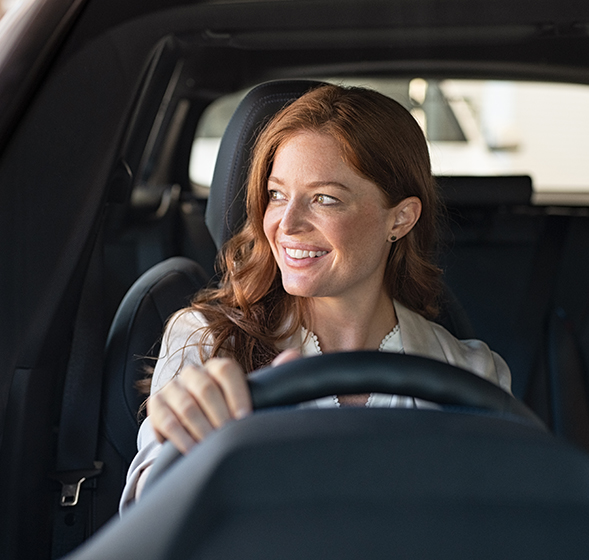 Company cars – how advantageous will they be in the future?

The regulations applicable to official cars, and perhaps company cars in particular, are under scrutiny at the moment, and it may feel as though proposals are being made left, right, and centre. What are the proposals and how do they affect employers and employees? And will company cars really be so advantageous?

The government is clear in its ambition to accelerate the transition to greener vehicles and reduced emissions. The regulations applicable to official cars, and perhaps company cars in particular, are now being reviewed and many proposals have been made.

The government has presented changes to the regulations in order to emphasise the environmental perspective as well as to reduce the financial benefits of company cars in relation to salary and other types of benefits. Many questions have now arisen and several discussions are now underway on whether cars as a benefit will really be so beneficial in the future. But how are the employer and employee actually affected by the proposals? And what are these proposals?

In Sweden, it is estimated that there are around 260,000 company cars. Most of these are bought by private companies. The reason why these cars are an appreciated benefit is because, as things stand right now, it is a cost-effective benefit for the employee.

The benefit value is standardised and is less than the actual market value, which means that the cost borne by the individual employee is relatively low in relation to the cost of buying an equivalent car privately. And this is true even if the employee covers the total cost of the car through a combination of net and gross deductions.

Based on the proposals, and to some extent also the decisions that the government has taken in various rounds, it can be asked whether company cars will remain such a favourable benefit in the future.

The combined effect of the three initiatives would mean an increase in the benefit value of up to 34%, which would then affect the employer’s social security contributions and the employee’s tax. Cars with a combustion engine will be most affected, followed by plug-in hybrids, with electric cars being the least affected.

The cost to the employer depends of course on how many company cars the company has and what types of cars they are. Low-emission cars will continue to be more beneficial.

It may be a good idea to review the formulation of your current car policy and make adjustments to avoid major increases in costs for both the employer and employees going forwards. Perhaps there could be more focus on the total cost of ownership (TCO) for the cars rather than the price base amount and purchase price, which is often the case today.

Another reason to review the policy could be that there are currently regulations in place that govern the possibility of choosing a more expensive model of car than what the employer is willing to cover. How will such regulations be dealt with if the benefit value increases sharply overnight? Will the employer take the hit, or will it be the employee’s responsibility?

As we’ve said, there are many proposals on the table and we don’t know what decisions will be made. However, employers must keep abreast of developments to avoid errors and cost increases going forwards.

It’s difficult to give a clear answer to how advantageous company cars will be. It seems that pure electric cars will continue to be more advantageous than other cars. And then there is the benefit to the employee of not having to be concerned about sudden costs in the event of an extensive service or repairs, as these will continue to be included in the benefit value.

Azets are experts when it comes to payroll, HR, and accounting. Please get in touch if you need help or advice.