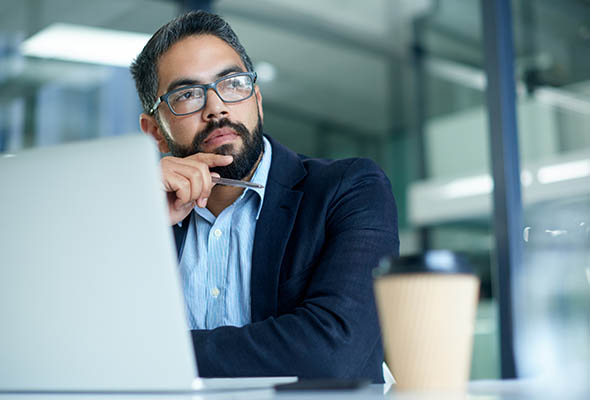 What rules apply when you want to change accounting regulations?

All limited companies in Sweden need to apply either K2, K3, or IFRS regulations. It is primarily K2 or K3 that applies to the vast majority of unlisted companies. While the choice may seem obvious to most people, many have a lot to gain by making the right choice, ideally from the outset, but also by making a change later on.

The current and future size of the company and its field of business can and ought to influence the choice of accounting regulations. Circumstances could require the company’s annual accounts to be examined extra closely. Bankruptcy, liquidation, tax audits, and court proceedings are examples of such circumstances. Below we will explain the background to changing accounting regulations and what you need to think about before you do so.

Many start-ups choose to apply the K2 regulations the first time they prepare their annual accounts. This is usually a better choice and slightly easier than applying K3.

Later on, it is often a good idea to consider the benefits of switching to K3, even if the company would be a small company pursuant to the definition of the Swedish Annual Accounts Act (årsredovisningslagen).

Some companies choose to apply K3 from the outset but then want to switch to K2 later on.

Can a company change regulations?

In a statement, the BFN provides a commentary on the provisions set out in the general guidelines. Read more here (pdf)

In brief, this means that:

A switch from K2 to K3 is always allowed. The reason is that K3 is deemed to be a better regulatory framework and has no simplifications. Whether a certain framework is better or worse for a small company with simple operations is up for discussion, but the reasoning is as it is.

Special reasons are needed to change from K3 to K2. A company can choose K3 as its initial regulatory framework and then change to K2 once without needing any special reasons. This is because the company could have chosen K3 without having sufficient information about its implications, and the company should therefore be given the opportunity to correct its choice.

According to the BFN, special reasons include a change in primary owner at the company, or a substantial decrease in scope of the company’s operations. Tax reasons are strictly not special reasons. Since the BFN gives only examples, there may be more reasons. It is important that the company states its reasons.

Switching from K2 to K3 regulations

K3 contains Chapter 35 - Applying these general guidelines for the first time. This chapter only applies the first time the company applies K3. The chapter stipulates that an opening balance sheet must be prepared. The items in the opening balance sheet must be prepared with retroactive application, i.e. as if K3 had always been applied. This requirement applies to large companies only.

However, there are a number of items that may not be recalculated retroactively. These include the amortisation of goodwill and the division of property, plant and equipment into components. There are also a number of items where retroactive application is optional, such as group contributions and deferred tax.

Chapter 35 cannot be applied if a company reverts back to K3 after having applied K2 for a while. The company must instead apply Chapter 10 - Change of accounting policies, change of estimates and assessments, and correction of errors. Here, too, the fundamental principle is that a large company must report the items retroactively; i.e. the comparative figures must be recalculated as if K3 had always been applied.

Information must be provided (e.g. in a note) as to why the application of the new accounting policies (K3 in this case) is resulting in more reliable and relevant information.

Switching from K3 to K2 regulations

Only small companies pursuant to the definition of the Swedish Annual Accounts Act may apply K2. Consequently, there is no requirement to report comparative figures retroactively.

What sets K2 apart is that there are a number of items that do not have to be reported, despite their being reported under K3, for example. These items include deferred tax, self-generated intangible fixed assets, and financial leases.

K2 contains Chapter 20 - Applying these general guidelines for the first time. Section 20.1 looks at how these items are to be dealt with. For example, a deferred tax asset must be offset against any profit carried forwards.

Under the rules of K2, the recalculation of comparative figures is voluntary (unlike what applies to large companies switching to K3). If the company does not provide a recalculation, its annual accounts from the previous year must be submitted as an appendix.

There are rules for how switching between regulations should take place, provided that a switch is allowed at all. These rules are contained in both the BFN’s general guidelines and accompanying statements, and in both the K2 and K3 regulations themselves. However, it is not uncommon for a company to struggle to interpret the rules.

It’s very important that the company makes the right choice, to ensure not only that a change of regulations is allowed, but also that such a switch is reported correctly. A subsequent sale of the company, audit by the Swedish Tax Agency (taxation is based on accounting), or bankruptcy proceedings can result in the close examination of what has been reported. Don’t hesitate to get in touch with us here at Azets, and we’ll help you.